Finally got my hands on essence's jumbo eye shadow pencils!

So my local store finally stocked the new essence jumbo eye pencils I've been waiting for so I was finally able to pick them up! Also picked up the Lip Balm from Catrice that I mentioned in my previous Weekend Buys article.

I had mentioned that I picked up a similar lip balm from their Limited Edition line and enjoyed it so much that I wanted to try one from their regular line so I picked up this one called Go Flamingo Go! And yes, loving it as well! I haven't tried any of the other similar product put out by other brands such as Revlon and Clinique etc. so I can't really make the comparison but going on these ones from Catrice alone, I have to say that these jumbo pencil-type lip products have become a favourite! They really glide on so smoothly, give your lips just the right flush of colour, feel good on and last pretty well for me. This shade I have is a beautiful sheer coral. Loving it!

Now on to essence's jumbo eye pencils! There are 8 shades altogether and I only meant to pick up the black and 2 browns but I also fell in loe with the sort of forest green shade. And after swatching these, I just may go back to pick up the rest! I haven't tried these on my eyes yet and am going on swatches alone but I'm totally in love! They're so creamy, glide on so smoothly and actually stay! The swatches on my hand stayed on for hours! I noticed them later at night and of course they had faded a bit but they were still there nonetheless! Can't wait to try these on the eyes! 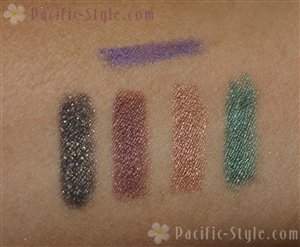 I've done some quick swatches here on the left but I plan to review these properly later so I'll definitely try to have better swatches then. However, this should give you an idea of the shades. The black has gold and copper sparkles in it which is why I wanted it. You can see the gold sparkles coming off in this picture.

The purple on top is the essence long lasting eye pencil. I couldn't resist! I want to use it for a quick pop of colour on the lower lash line. Will have to try it to see just how long lasting it is. Application-wise, when I swatched this, it just glided on so smootly, which is exactly what you want when you're dealing with products that go on that oh-so-sensitive eye area.

Next is a simple lip balm from Catrice's Limited Edition collection. Seems like a straight-up lip balm formula with a nice tint of colour so not really much to say about it.

However, the eye shadow is definitely worth mentioning! This is part of Catrice's new release called the Liquid Metal Eye Shadow and as you will see from the pictures below, it really is so metallic it actually looks like liquid metal! And if you guys know me, you'll know I love my metallics so I HAD to try these! This is a muted green-silver-gold metallic shade (it may be coming off more silver in the picture) and at first swatch it is absolutely stunning!!! However, I will need to use it more to see if it's just the overspray that's giving this amazing pigmentation or if the entire shadow is this way. If it is the entire shadow, you can bet I'm picking more of these up! 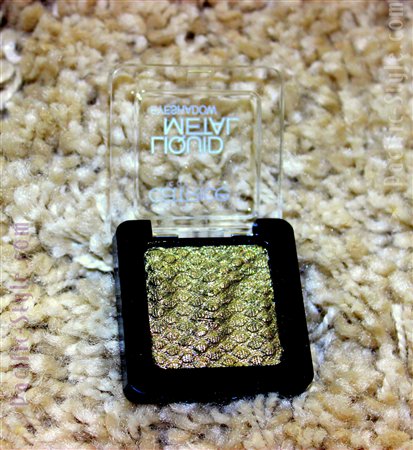 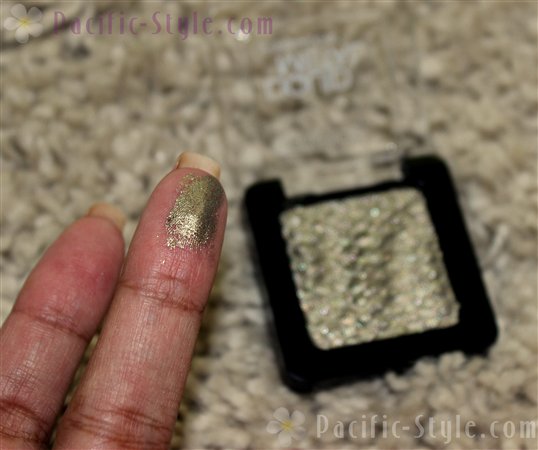